Revelations From the Day I Plowed a Field by Hand 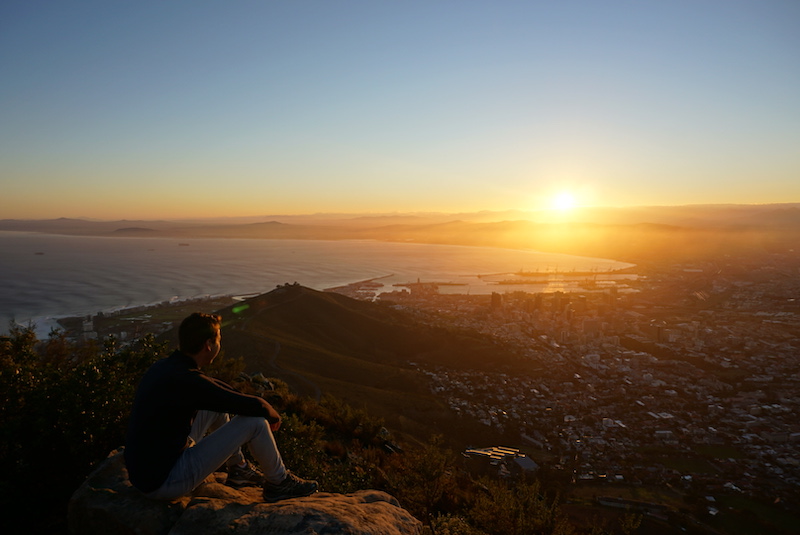 One of the most shocking revelations I’ve ever had about work came in the middle of a field in Africa. Last summer, two friends and I traveled to South Africa to volunteer with Living Hope, a charitable organization in Cape Town. South Africa has the largest HIV epidemic in the world, with over 20% of the population testing positive for the disease, and we expected to be volunteering in Living Hope’s clinic that serves HIV patients in a poor neighborhood of Cape Town.

When we arrived, we learned that Living Hope had assigned us to work on another one of their initiatives. The organization runs an agricultural school that brings students from rural South Africa and teaches them the necessary skills to be able to return to their villages and run their own farms. We were assigned to work on the self-sustaining farm that Living Hope had on site for education.

Whatever notions I had about volunteering being glamorous or exciting were immediately crushed.1 We were given garden hoes by the farm staff and told that our task was to plow a field so they could plant lettuce on it the next week. For the next several days, we spent seven hours a day plowing a field. It was miserable. Our backs throbbed no matter how much we experimented with different plowing techniques. We layered gloves upon gloves to try to prevent blisters, to no avail. We had to keep taping one of the hoes back together with duct tape when it inevitably fell apart. The sun was hot, we were covered in dirt, and we made incredibly slow progress.

On the second day of plowing, I remember being extremely frustrated. It felt like our desire to volunteer was being wasted in that field. We had come halfway across the world, three well-educated volunteers excited to care about the sick, and instead we were plowing a field. I thought of the giant machines I’d seen back home that could certainly do the job that was taking us days in a matter of minutes. 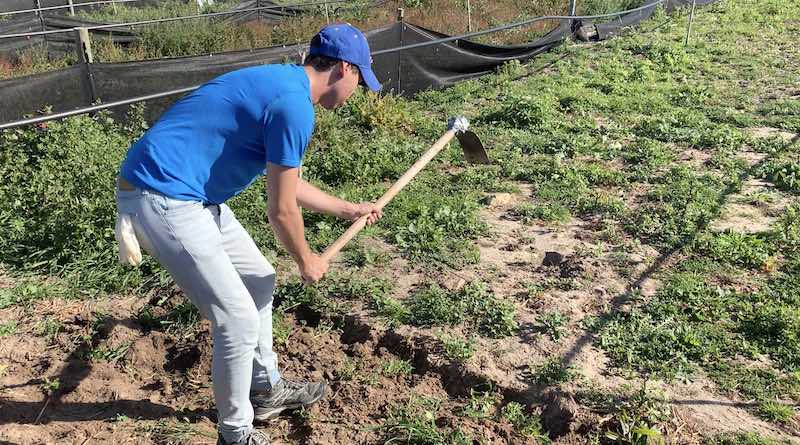 My friend Julius plowing. Notice the duct tape on the blade of the hoe.

But standing in that field, I experienced my shocking realization, which may seem unrelated at first but track with me. Jesus was killed at 33 years old, but he didn’t start his public ministry until he was 30. He spent the first 30 years of his life as a carpenter.2 Most of his day was likely spent doing unskilled, manual labor that anyone could have done: carrying things from place to place, cutting things over and over, and so on.

What’s shocking about it is that he had absolutely no need to do that work. The man who could feed five thousand people from five loaves and two fish and calm a storm with a single word could certainly have miraculously completed these tasks without lifting a finger — he’s God after all. And it’s not like he was dependent on this work to make a living. He didn’t explicitly need to live those 30 years at all — there’s no reason why he couldn’t have just come to Earth and started his ministry immediately. But he did. Why?

I pondered this while plowing and came to two conclusions. First, there was no work that Jesus thought was beneath him. Here I am, complaining that I’m wasting my time with a few days of plowing, and Jesus, who I claim to model my life after, spent over 90 percent of his life on Earth doing the same kind of labor. He was infinitely more skilled and able than me in any work that I can do, and yet he didn’t see manual labor as a waste of his time. Clearly he thought it was important, valuable and good, and consequently I should too.

Most of us (myself included) have a hierarchy of importance for different types of work. Generally we think of high-skill work, like being a doctor, as more important than low-skill work, like being a garbage collector.3 Most of what we read about Jesus in the Bible shows him doing the sort of work we naturally deem valuable — healing people and teaching important truths, for example. But we often forget that he spent the bulk of his time doing the kind of work that we don’t often think is important. Clearly, he thought that was important as well; otherwise, he wouldn’t have done it.

So the second conclusion is just a more radical version of the first: Jesus didn’t think of any type of work as better, more important, or more dignified than any other. His time as a carpenter demonstrates to us that all work has meaning and value. Tim Keller puts it like this in his book Every Good Endeavor:

“No task is too small a vessel to hold the immense dignity of work given by God… The material creation was made by God to be developed, cultivated, and cared for in an endless number of ways through human labor. Without them all, human life cannot flourish.”

I am incredibly thankful to be able to do creative, intellectually stimulating work. But I’ve missed a crucial point of Jesus’s life if I think that doing work that’s more creative, interesting, or high impact is going to give my life any more importance or dignity. The work of the President of the United States and his gardener are equally important in the eyes of God. When Jesus appeared in the world, he intentionally did work that was more like the gardener’s work than the President’s. In doing so, he elevates the work we so often disparage and forget, lifting up the ordinary people who do that work in the process.

I wish I could say that the rest of my time plowing that field was easy and fun after that realization, but it wasn’t. My back still hurt and I was still sunburnt and I was still exhausted. But I realized that Jesus probably felt the same way after a long day of work in first-century Palestine.

I wonder if I could spend 30 years working in a field and believe that my work is as valuable and meaningful as the work I do today. But since that’s a situation that I’ll (likely and hopefully) never live out, a way to figure out my answer to that question is to look at the way I treat people who do manual labor around me today. How do I treat the janitor at my office and the waiter at the restaurant across from my apartment? The guy who collects our garbage does work that resembles the work of Jesus far more than my own in many ways — do I see his work as being of equal importance to my own? I think often the answer is no. But the best way I can think of to move my answer towards yes is to consider Jesus as the carpenter.

I would happily go back to South Africa and plow that field ten times over in exchange for a few extra chapters in one of the Gospels that discussed Jesus’s life as a carpenter. I wonder how he approached it, what his habits looked like, how he worked with others, but I can only speculate on these things. But the fact that he did manual labor at all pushes me to change my perspective, to stop seeing certain work as beneath me, and to honor the people around me that do the simple but crucial work that I often overlook.

1. Wanting volunteer work to be glamorous or fulfilling is one of the fundamental problems with things like short-term mission trips, so I admit that this was a bad assumption to come in with, but it’s hard to avoid thinking that way.

2. In fact, carpenter might be too skilled of a role for what Jesus did. Some scholars have argued that he was more of a common laborer or builder than a skilled carpenter.

3. Usually this is implicitly linked to how much a person gets paid as well.