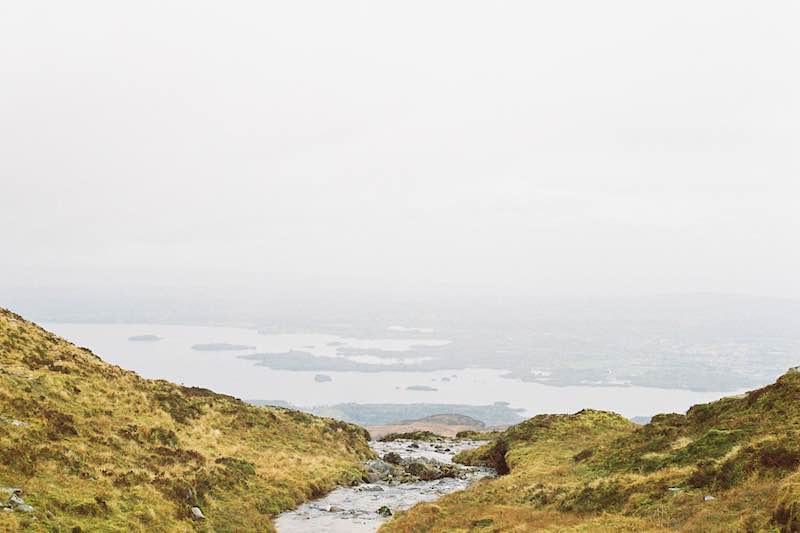 I’m a software engineer in San Francisco. I’m also a Christian. These two identities don’t often coexist. In the words of Erlich Bachman from the TV show Silicon Valley:

Though it’s over the top, the quote captures something about the sentiment around religious faith in Silicon Valley. People generally don’t think of believing in and practicing the Christian faith as a good thing. Sometimes people see it as harmful and backwards — something to be fought against. But most often, believing in Christianity gets lumped in with other morally neutral personal preferences, like enjoying a certain type of music. It’s something you’re free to believe in and practice as long as it’s private to you and doesn’t affect anyone else. But you certainly shouldn’t bring it into your thinking about technology or your work as you build software. Tech and faith have nothing to do with one another.

But while I may have agreed in the past that tech and faith were unrelated, I’ve come to believe that they’re deeply intertwined. Chrisitanity makes too big of a claim to compartmentalize it to a single sphere of life, leaving other parts untouched. If we believe the central claim (or gospel) of Christianity — that God became a human being in ancient Palestine, was excruciatingly executed by people he created in order to take away the sin of the world, rose three days later from the dead, and continues to live today, asking us to know and follow him — then we have to rethink everything about our understanding of the world in light of that radical truth.

Motivations and goals for writing

I hope to use this blog as a tool to help rethink my understanding of technology from the ground up, building a new way of thinking on the foundation of the gospel of Jesus. I’m focusing specifically on tech for a couple of reasons:

But despite my desire to have a voice in conversations about technology, my ultimate goal of writing is to learn and understand for my own sake. Writing is the most effective form of thinking for me — forcing myself to write about technology and faith will bring far more clarity to these topics than just allowing ideas to bounce around in my head. As a result, these posts will likely be exploratory in nature and focused on nuanced understanding rather than giving clean positions and answers (similar to Paul Graham’s philosophy on essays).

There are a couple of ideas that I will take for granted as I write. Like axioms for a mathematical proof, we need some facts that we consider self-evidently true or we can’t make progress towards learning something new. These axioms certainly aren’t as self-evident as something like “1 is an odd number” — they’re ideas that I’ve wrestled with and questioned extensively in my life. But I ultimately believe them to be true and worth believing, and I’ll try to offer (very brief) reasons why they might be reliable. I’ll also add some references to books by people much smarter than myself that contain comprehensive philosophical and evidential arguments for the axioms that I’ve presented.

Jesus’s life and crucifixion are generally agreed upon by historians to be historical fact. And if we don’t reject the supernatural out of hand, Jesus’s resurrection is the best explanation of several other generally agreed upon facts. Why else would Jesus’s tomb have been found empty by a group of women? Why else would his disciples and many others claim to have seen and interacted with a man whom they thought was the resurrected Jesus? Why else would his followers transform from terrified fishermen to fearless preachers who were willing to die to tell people that Jesus rose from the dead? All of this evidence and more leads me to believe that Jesus was in fact God made into man on earth, and that Jesus’s life, death and resurrection as described in the Bible are true historical events.

2) The Bible is true and authoritative.

If we believe the first axiom, then we can believe Jesus when he says, “Scripture cannot be broken” (John 10:35) — he believed it to be truthful and reliable. This is supported by prophecy in the Old Testament that predicted events hundreds of years before they happened, and the preservation of far more ancient Bible manuscripts than any other ancient text. This leads me to believe that the Bible, understood and applied correctly, is an authoritative source of truth.

3) God deeply loves people, and he is intimately involved in all human goodness and flourishing.

This can hardly be considered an axiom of its own because it directly follows from the previous two points, but it’s so important that I find it worth fleshing out. The entirety of the Bible tells the story of a God who loves and treasures people, constantly working for their good. No matter how many times humans reject God throughout the story of the Bible, he continues to love them unconditionally. The centerpiece of this love is Jesus, who was excruciatingly executed to save people from their sin — the same people that put him to death. I believe that God still loves us and seeks us today even when we reject him. He wants to know people today personally, and he desires to help human society prosper and flourish.

I’m excited to finally get pen to paper (digitally) and dive into writing about faith, technology and all the questions posed by their intersection. I’m writing this as an opportunity to learn and grow my own understanding, so I’m open to questions, further discussion, theological correction or anything else. The best place to reach me is probably on Twitter at @owenauch. Because of other commitments, I likely won’t post with consistency, so you can sign up below to receive an update via email whenever I post. Thanks for reading!